Our team
References
Partners and Links 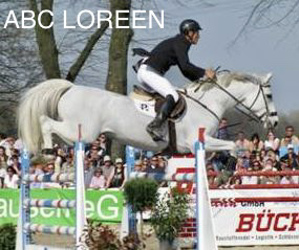 VDL Groep Think Twice II achieved an impressive record with many international victories on Grand Prix-level. With Leopold van Asten she became Dutch Champion in 2003 and participated successfully in many Nations Cup-competitions and World Cup-finals. She also won the Grand Prix of The Hague and Donaueschingen. VDL Groep Think Twice II is dam of the international showjumper Loreen (s.Ramiro Z). Nessaya, full sister to Think Twice, is mother of the Holstein approved stallion Quirado (by Quidam de Revel). Their granddam Ulina was jumping on international level and became German Champion with Susanne Behring in 1994. Via Fier de Lui and Chicago this dam line traces back on the famous mare Gofine, who is sired by the legendary Ramiro Z. The most famous offspring of Gofine is the well-known outstanding stallion Contender. In breeding he is popular because of his excellent offspring like Checkmate, Montender and Con Air. Besides that Gofine is dam of several (inter)national showjumpers like the national jumping stallion Cornetto (s.Caletto I) and she is granddam of the stallion Cassandro (s.Caletto I), who is also performing on national level.